skip to main | skip to sidebar

Here are some of my best photos from 2010, all on this blog. 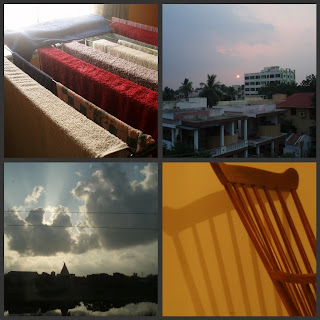 The chair is a rocking chair I have at home, and it casts that shadow at night, in yellow light. Above that is the neighbourhood of the home I grew up in - I was actually trying to get a picture of the sunset. Next to that is the day's washing - I had laundered a whole lot of towels. I like the picture for the light pouring in through the window. Below that is a scene captured from behind the window of a moving train.
February 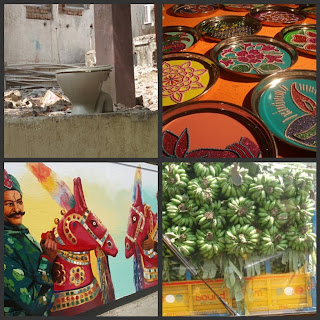 I saw this commode (WC) at the site of a demolition. Next to that is the decoration at a wedding - the plates contain beads, tinsel and sprinkles stuck to them. Below that is a small truck transporting green bananas, and next to that is part of city beautification - the city is being beautified with paintings of folk art. I've taken so many pictures of that through the months.
March 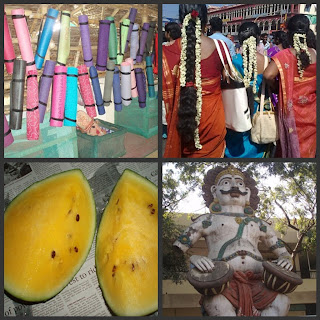 I joined a yoga class where the mats were rolled and hung up so - it was on a terrace but thatched to provide some relief from the heat. Next to that is a scene rather typical of South India - the saris, the plaits and the strings of jasmine - I took that with my mobile camera and I really like this photo. Below that is the statue of a local deity, his arm was missing then but has been restored since. Next to that is yellow watermelon, a real rarity in these parts.
April 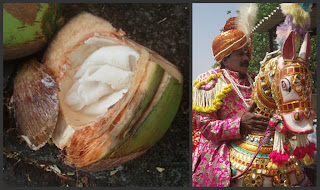 The boy managing the pavement store that stocked these tender coconuts didn't know what to say when I finished having my coconut water and told him I'd take a few moments photographing the coconuts. He was so surprised. What strikes you about the picture next to that? It's from a performance - and the image is similar to the folk art mural I included in the February collage above.
May

Usually, May is the hottest summer month in India, and fans like this are popular as they come in handy when electricity fails, quite a common occurrence. Then, I cut a pineapple and liked the way this piece of peel arranged itself. I like the next picture for the shadows.
June

I finally watched a jackfruit being cut, joined yet another yoga class (notice the stick figures in various asanas in the centre photo) and fried fish.
July 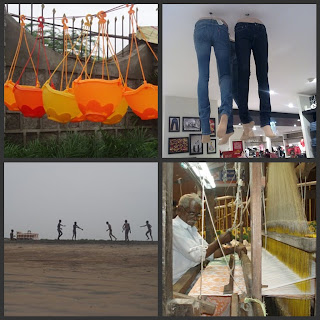 The pots hanging are from a street-side nursery that sold plants. Next to that has to be one the most bizarre sights I've ever seen - mannequins torso down, for a denim brand, hanging from the ceiling. Below that is a weaver plying his craft on a loom - I got this at an exhibition of textiles. Next to that is a picture from the seaside where the boys are playing kabaddi.
August 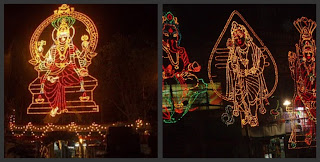 This month, the city was full of such installations of Gods and Goddesses as part of some festive period. These were usually above a platform/stage on which some song-and-dance show was being performed, or above a temple. I enjoyed breaking through the small groups of onlookers and participants at these places to take the pictures.
September 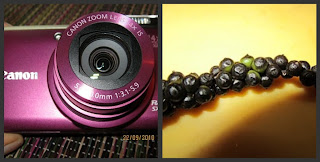 I lost my camera in August, and got a new one. I'm sure the picture of the pepper vine next to it would not get any marks for lighting, but I love the way the new camera captured the green peppercorns turning (and turned) black.
October 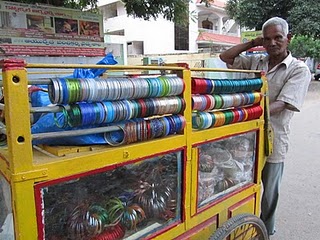 A bangle seller.  I haven't seen this cart since I finished school, perhaps. If I ever saw one of them again, I would think, I would drop whatever I was doing and take a picture. I'm glad to say I did.
I asked him if I could take a picture and he agreed, waiting patiently till I had taken as many as I wanted. He agreed there were fewer carts such as these but that they still existed here and there, and that he came by this area everyday.

The picture at the top and bottom are from my trip to Rajasthan. The woman is a vendor of jewellery at a fort and the sunset is from Sam in the desert. It looks like an isolated spot, but it's actually full of tourists - and camels and their masters.
December 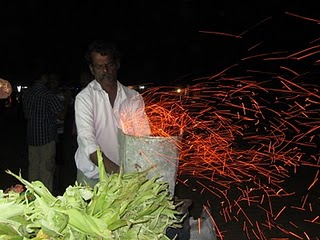 I can't believe I got such a photo. Enough said.
I'm sending this off to this event.

Email ThisBlogThis!Share to TwitterShare to FacebookShare to Pinterest
Labels: 365-1/4, recap

The copyright for all the text and pictures rests with me unless otherwise mentioned.